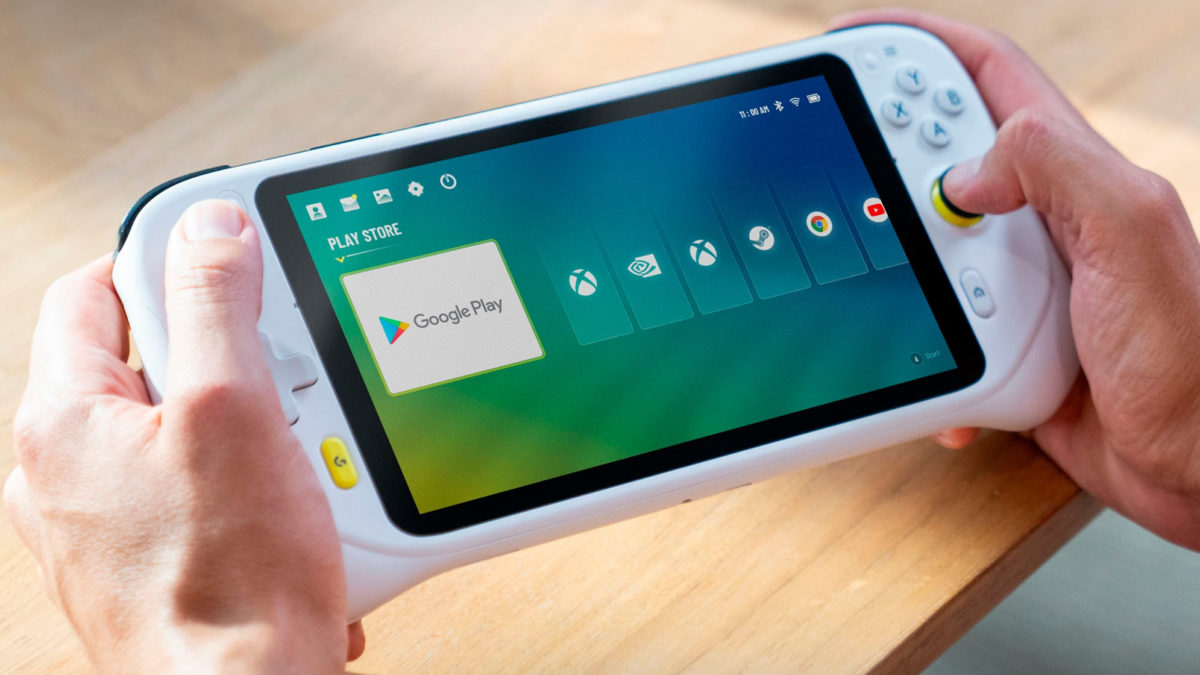 Credit: Evan Blass/Logitech
Logitech held a livestream where the company revealed a number of products for gamers, including its Logitech G Cloud Gaming Handheld.
Before the event went live, details on the cloud gaming device leaked on Amazon Canada.
According to the listing, the handheld will go on sale for $350 and launch on October 18.

Last month, Logitech and Tencent announced a partnership to launch a cloud gaming handset called the Logitech G Cloud Gaming Handheld. Later that month, images and details of the device were leaked online. Today, we have found out that the handheld will cost $350 and will launch on October 18.

On September 16, Logitech tweeted that it would be holding a livestream on Twitch to “celebrate the next generation of gaming” on September 21. Shortly before the event kicked off today, a preorder page apparently prematurely went live on Amazon Canada. As discovered by Lbabinz on Twitter, the product page revealed that the Logitech handheld costs $399 CAD. The page also revealed that the expected launch date for the device will be on October 18.