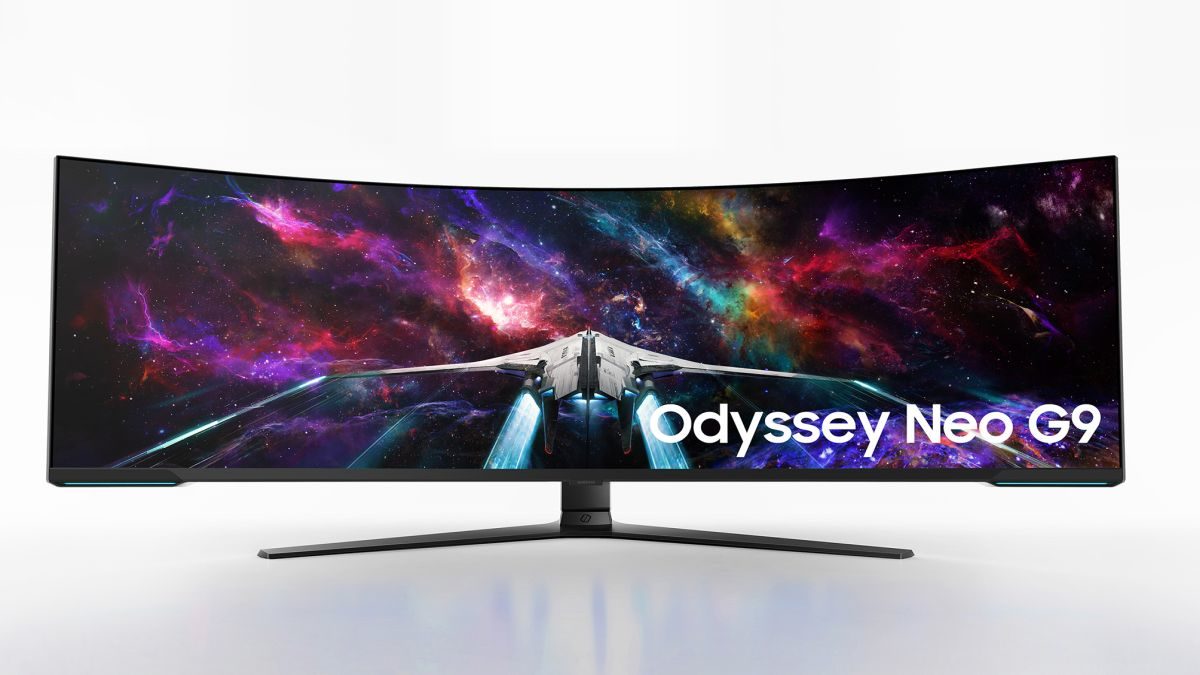 Credit: Samsung
Samsung announced some new PC monitors for CES 2023, including the 57-inch Odyssey Neo G9.
The curved monitor will have an aspect ratio of 32:9 and is the equivalent of two UHD displays on one screen.
Samsung has yet to announce release dates or prices for any of the new monitors.

Samsung is kicking off its CES 2023 announcements a bit early today with the reveal of several new PC monitors. The biggest new entry is the Samsung Odyssey Neo G9 gaming PC monitor. This huge 1000R curved 57-inch display has an 8K 7,680×2,160 resolution screen with a 32:9 aspect ratio. That means owners will get the equivalent of two UHD screens on one display. By contrast, the Samsung Odyssey Ark monitor that launched in 2022 was “only” 55 inches and “only” had 4K resolution support.

The min-LED screen on the Odyssey Neo G9 will also have a Matte Display to reduce annoying light reflections while playing your favorite PC or console games. It will also have a 240Hz refresh rate for a smoother look for games that support that high rate. Finally, the monitor will have DisplayPort 2.1 support, which transfers data twice as fast compared to the older DisplayPort 2.1 tech.