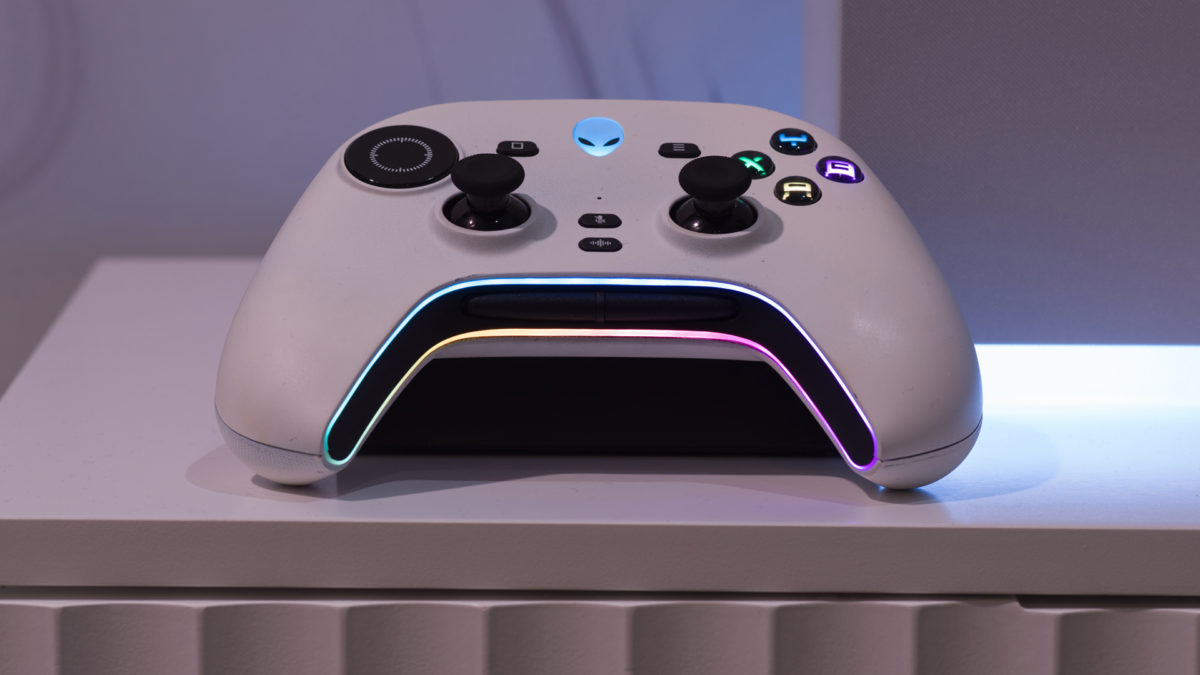 Credit: Dell
At CES 2023, Dell unveiled the second-gen Concept Nyx gaming controller.
The controller has wildly advanced features like customizable trigger response, a fingerprint sensor, and the ability to move a game from screen-to-screen in your home by merely pointing the controller at it.
Dell unveiled the original Nyx at CES 2022.

In 2022, Dell unveiled a new kind of gaming controller. Known as Nyx, the controller connected to a gaming server and allowed you to make gaming easy all around the house. You could play games using one controller on all the screens in your home and could even have two games playing at once.

Today, at CES 2023, Dell announced the second version of Concept Nyx. Like the first version, it is just a concept, meaning Dell has no intentions of selling this product. However, it could exist as a proof-of-concept for future gaming controllers.

Mark Zuckerberg says Meta is making this the ‘year of efficiency’